Clipper Cove is the site for Set, Sail, Learn, a science and sailing STEM program that bring over 1,500 4th and 5th graders onto the San Francisco Bay each year.  Forty-two elementary schools in the San Francisco Unified School District (SFUSD) participate in these classes, conducted by the Treasure Island Sailing Center, teaching Bay ecology, power of the wind, maritime history, water craft engineering, and more.

For many of these students these classes are their first experience being on the water in close contact with the San Francisco Bay. In the fall of 2017 these classes reached the milestone of serving 5,500 students. 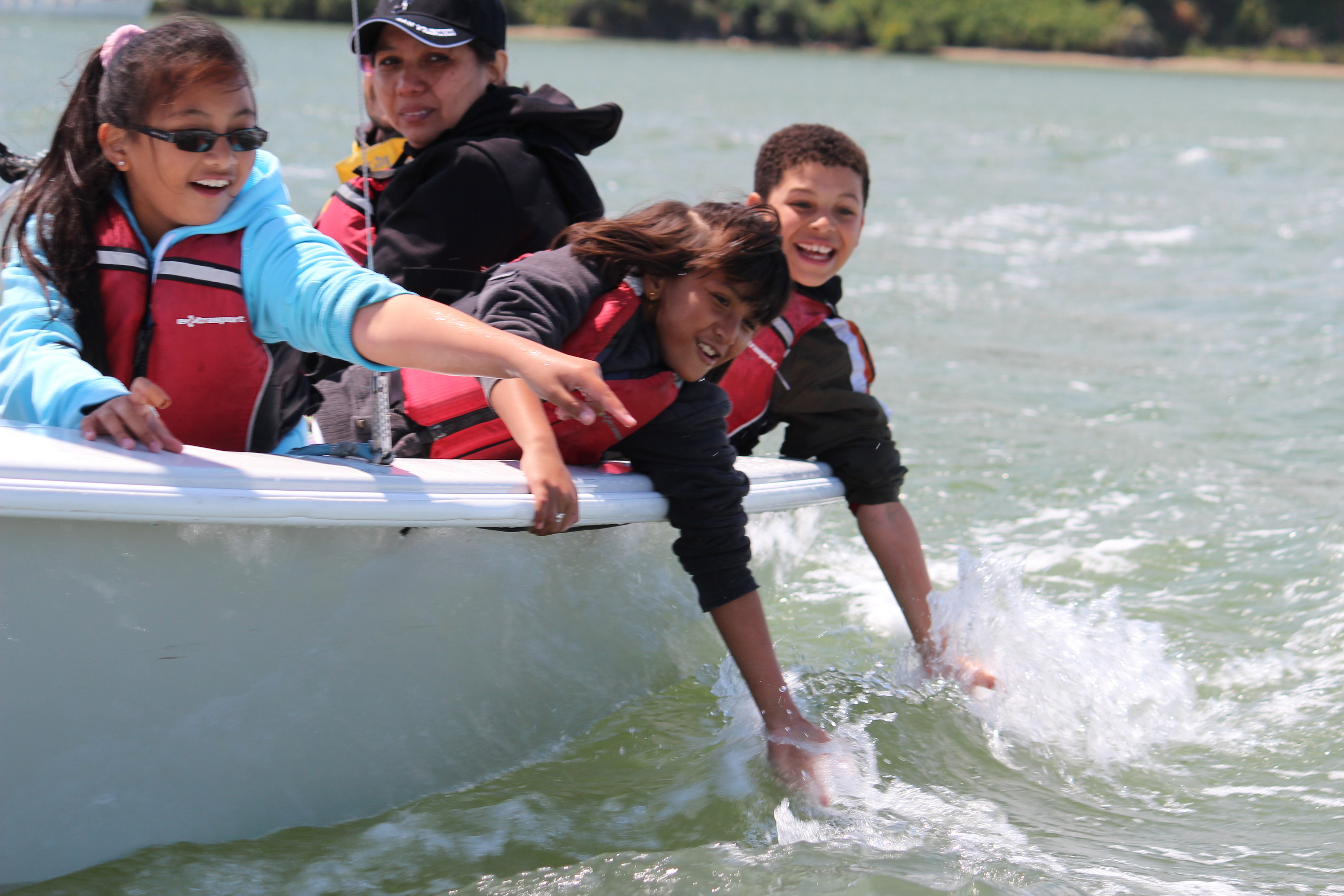 The marina expansion proposal approved in October, 2018 would take-over the heart of Clipper Cove and spread over 1/3rd of the Cove, significantly reducing the depth and range of the SFUSD STEM program according to a formal submission by the Treasure Island Sailing Center to the Treasure Island Development Authority (TIDA). And the Science Department for the SFUSD recently released a letter detailing its alarm over the proposed marina expansion stating: "As proposed, the marina expansion would have a dramatic negative impact on public education and public recreation on the San Francisco Bay."

The SFUSD letter goes on to note that:

"The Treasure Island Sailing Center, through its many programs, gets thousands of people sailing out on the water every year. Most impressively, many low-income youth have a chance to learn how to sail, a chance that in all likelihood they would not have without the Center and Clipper Cove. The Sailing Center is a very special institution - no one is ever turned away. Full and partial scholarships are always available for it’s summer and after-school programs. The US Sailing Association recently awarded the Treasure Island Sailing Center the Kilroy award given annually each year to a program that has made "notable contributions in promoting public access sailing by identifying and actively including people who would normally have no access to sailing.”

The US Sailing Association, the governing body for the sport of sailing in the United States also recently expressed strong opposition to the takeover of Clipper Cove stating that "The proposal adopted by TIDA on October 30, 2017, would dramatically reduce public access to Clipper Cove and significantly diminish the public recreation and education programs operated by the Treasure Island Sailing Center, particularly the Center’s youth programs. Clipper Cove, widely recognized as one of the best small boating venues on the West Coast, would be significantly and permanently diminished."

Twenty-three SFUSD teachers participating in the sailing and science STEM program recently joined together to submit a joint letter to TIDA stating that: The STEM classes offered on Clipper Cove through the Sailing Center are making an invaluable contribution to our students.These classes are also providing our students with an important introduction to the San Francisco Bay. Protecting the Cove is vital to maintaining the integrity of these classes. We urge you to protect Clipper Cove and reject the proposed marina expansion.

For more information about the Sailing Center's STEM classes see this excellent series of posts by On Clipper Cove.

A resolution has been introduced to the Board of Supervisors to establish sound planning in Clipper Cove. This is a major opportunity to protect the Cove. You can ask your Supervisor to help preserve the SSL program by supporting the Clipper Cove resolution.

You can find your supervisor and their contact information here: http://sfbos.org/